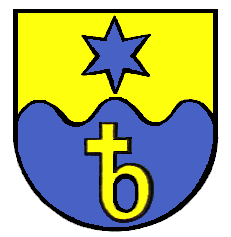 The area around Beuron was, as proven by numerous archeological discoveries, already settled in the Middle Stone Age. The early Mesolithic Beuronian civilization is named after the location. The most important discoveries and excavation is the nearby Jägerhaus cave (Jägerhaushöhle) on the Fridingen border as well as the Probstfels cave (Probstfelshöhle) in Beuron. With the Altstadt cliffs (Altstadtfelsen), Beuron has another prehistoric archeological site. Here there was a late Celtic horse rein ring found. From Peterfels, discoveries include renowned Urnfield-period (ca 1300-800BC) ceramics. ***In the area near Beuron, the Roman town ‘Dracuina’ was supposedly situated on the Danube and recorded on the geography of Hyphegesis. There was a sickle with the Roman numerals XIII in the rock cave (Felsenhöhle) near the Beuron monastery, which was placed in the collections of the Fürstlichen Museum Sigmaringen.

Beuron was first mentioned in 861 in St. Gallen Monastery’s estate catalog as “Purron”. The town was a Hohenzollern exclave for many years.

south of the monastery. The Steighof broke off in 1964. The upper bailiwick office of Beuron rose up to superior bailiwick Wald in 1830. The superior office Wald existed even from 1850 to 1862 under Prussian rule. Until the district reform in Baden-Württemberg of 1973, the municipality belonged to the then superior bailiwick of Sigmaringen, out of which emerged Sigmaringen county In 1925. The community today was newly formed through the Union of Beuron and Hausen im Tal municipalities on January 1, 1974.